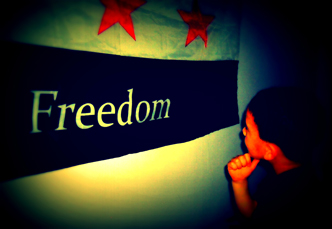 It is about time we got back to our series on the Attributes of God.  So without delay we will delve into God’s next attribute – his freedom.  Freedom is an attribute God shares (i.e. it is communicable) with his creation.  Therefore, we should have some sort of understanding, although limited, in what it is like to be free.  A good place to start the conversation is to set about the task of defining freedom.

By definition someone is said to be free when they have the liberty to act, speak, or think as they desire.  From this definition you can see that freedom, in an absolute sense, is pretty much impossible to achieve.  No matter what, there will always be some degree of limitations on our freedom.  So the concept of freedom, on a human level, tends to be understood and accepted as relative.  Let me see if I can help clarify this with two examples.

I live in what many would classify as a ‘free country’.  However, even those who are blessed to live in a country that enshrines the freedom of its citizens, they must acknowledge that it is a restricted/conditional freedom they enjoy.  For example I have the freedom to say whatever I want, but I do not have the freedom to randomly shout, “FIRE” in public buildings.  Although our freedom of speech is restricted we maintain we live in a free country simply because we exercise more freedom than those who live in countries that censor everything their citizens say.  This is an example of limitations on our freedom due to being under authority.

Having established that I live in a free country, I can go jogging, if I was so inclined, whenever I want.  However, my friend, who also lives in the same country as I do, does not share in this same freedom.  How is this possible?  The reason I have this freedom and he does not is because he is confined to a wheelchair.  The governing powers have not limited his freedom to go for a jog, rather his ability has restricted his freedom.  We are both free, but I have the ability to exercise more freedoms than he does.

Having demonstrated that on a human level freedom is relative and absolute freedom is pretty much impossible, let us talk about God’s freedom.  When we speak of God’s freedom we are talking about the attribute whereby God does whatever he wills (Psalm 115:3).  Unlike the human experience, God is not limited in his freedom.  Since there is no authority higher than God (Heb 6:13) and he is not limited in ability (Luke 1:37), God experiences freedom in the highest sense of the word.  Let me be clear here when I say God is free I am saying there are absolutely no external restrictions to his freedom (Dan 4:35).

Now the thinkers out there are likely jumping up and down crying foul at my last statement.  Obviously tension arises from the fact that the Bible clearly tells us there are things God can’t and will not do.  For example God can’t lie (Heb 6:18) ergo he is not free to lie.  At first glance that may appear to put a restriction on God’s freedom.  However, this tension is resolved when you take a closer look at our original definition.  Freedom, by definition, is based on your will or desire.  Essentially freedom is the liberty to do what you want.  Given all of the aspects of God’s divine character and nature exist and work together in perfect harmony, his divine will must also be consistent with his nature and character.  In other words God would not desire something that ran contrary to who he is (2 Tim 2:13).  It isn’t that he does not have the freedom to lie, he simply would never have the desire to lie in the first place.  Since God is not restricted in authority nor limited in ability, and his will is eternally consistent with his character, he alone enjoys absolute freedom.  God alone has the liberty to do whatever he wills.