Goodbye 2015. Hello 2016. It is a new year and that means reflecting on the year that was, planning the year ahead and refreshing our wall calendars. At no other time is mankind more reflective and purposeful than at the moment the clock strikes twelve on December 31st. Whether it takes the form of a goal or a resolution, we devise plans we fully intend to see through to completion. To this I say, “Deo Volente.”

I know what you are thinking, “I don’t speak Latin so you lost me.” Not to worry, you will not need a degree in Latin to understand it’s meaning. However, you will have to read James if you want to truly embrace Deo Volente.

James 4:13-16
13 Come now, you who say, “Today or tomorrow we will go into such and such a town and spend a year there and trade and make a profit” 14 yet you do not know what tomorrow will bring. What is your life? For you are a mist that appears for a little time and then vanishes. 15 Instead you ought to say, “If the Lord wills, we will live and do this or that.” 16 As it is, you boast in your arrogance. All such boasting is evil.

Upon first look one might think James is opposed to forward planning. Well, don’t throw out your goals and resolutions for 2016 just yet. James isn’t saying you shouldn’t set goals or make resolutions, but he is pointing out the folly of leaving God out of your future plans. In one verse (vs 14) he dismantles the idea that we actually have the power to know and control our future. What does the mist know of prevailing wind patterns? It knows nothing, and that is his point. The mist says, “I am going to go east” but the winds from the south promptly disperse the mist and carry it north. If James stopped here we might have reason to be a little bit discouraged. Good thing he doesn’t stop there.

In verse 15 James puts things into perspective. “Instead you ought to say, ’If the Lord wills, we will live and do this or that.’” James is reminding us that God is ultimately in control. And this is why I said Deo Volente.

Deo Volente is Latin for God willing. In times past it wasn’t unusual for people to add the letters D.V. (abbreviation for Deo Volente) following any statement of future plans. Back then when you received the annual year in review letter from aunt Jane you might read, “We are planning on spending the summer with the kids. D.V.” The custom even translated into casual conversation. If you ended any statement with D.V. it was understood that you meant, “as long as nothing prevents.”

The practice of saying Deo Volente has pretty much all but disappeared from common usage. Why did it disappear? Mostly because Latin is no longer generally spoken or understood, which is understandable. However, it also likely disappeared because it had turned into a pious tradition, which is very sad. The first reason speaks to the changing times, the second speaks to man’s unchanged heart. Regardless, it is a custom I would love to see again.

Genuinely saying Deo Volente (or God willing) reveals an attitude of humble dependence on God. A dependence upon Him even in times of uncertainty. Not that we are uncertain of the final outcome, but rather uncertain from the standpoint we are not the ones in control. I love how Proverbs 16:9 puts it:

The heart of man plans his way,
but the LORD establishes his steps.

Therefore, as you enter 2016 with a new set of goals and resolutions, be sure to not leave God out of all your planning. Understand He is the one who is in control and He is the one who establishes your steps. Adopt an attitude of humble dependence, and as James suggests, let this humility be evident in your speech. I will attempt to do the same. D. V. 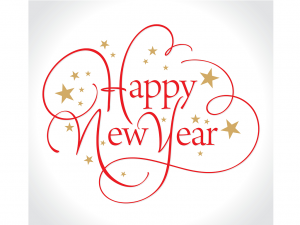 Here is something every Christian needs to understand – God is after your mind. Truth be told, God is after more than just your mind. He is looking for, and rightly deserves, followers who will love Him with all their heart, soul, strength and mind (Luke 10:27). However, for our conversation today it is sufficient to say God cares about your mind.

I grew up in a church that seemed to downplay the connection between faith and intellect. It was almost as if faith and knowledge were two competing entities. They never actually came out and said, “Knowledge and reason are bad” but you could have easily walked away with that perception. My church experience is likely not all that unusual. After all, we live our life by faith, and not by sight (2 Cor 5:7). In the attempt to avoid the ditch of rationalism (reason is the supreme authority) it is easy for one to fall into the opposite ditch of anti-intellectualism.

Reason, knowledge and intellect are not evil. Rather, they are wonderful gifts given to us by a good God. Why else would God invite us to “reason together” with Him (Isa 1:18), or Paul pray (Phil 1:9) that our love “abound more and more, with knowledge and all discernment”? The thing we must remember is that although we are to live our life by faith, the faith we live by is reasonable. Our faith is not blind; it is bound – bound to the Word of God. The more it is bound the less it is blind. Christian faith is, and has always been, both intellectually deep and theologically rich.

Not only is it good and right to exercise our mind and grow in the knowledge of God – it is our responsibility (Col 1:10, 1 Peter 2:2, 2 Peter 1:5). The consequences of ignoring this responsibility can be quite steep. Hosea 4:6 comes out and says that God’s people are destroyed because of lack of knowledge. Understood in context Israel’s lack of knowledge was not mere ignorance, but active sin against God. How were they sinning against God? The people were only ignorant of the Law because they actively ignored it. This can be quite sobering when I look back and see how many times I have willingly embraced ignorance rather than invest the effort to know God’s Word more deeply.

Growing in your knowledge of God’s Word isn’t purely an intellectual exercise. On the contrary, it is very much a spiritual endeavour. We have been given the Holy Spirit who makes an impossible task possible. As we carefully study and meditate on the Word of God, the Spirit enlightens our mind (1 Cor 2:14-16). He enlightens our mind so that it might be renewed, resulting in a transformation of our character and behaviour (Rom 12:2). We may do the work of studying and growing in knowledge, but God is the one who enlightens and renews.

All this knowledge and enlightening of the mind is well and good, but there can be a dark side to knowledge. That is a conversation I will leave for another day.

Recently during devotions I thought I would ask my children what one must do to be saved.  I find that, although we do catechize our children, it is always good to go back and confirm their understanding.  Here is how the conversation went:

Me: “So what is required for you to be saved and go to Heaven?”

McAuley: “You must repent and put your faith in Jesus.”

McAuley: “And read your Bible, do good things and go to church.”

Me: “Well actually that is not true.”

McAuley: “Wait I thought we had to do those things.”

Me: “Yes, you do need to repent and put your faith in Jesus Christ.  God also wants us to read His Word, go to church and do good things. However, those things don’t save us.  Let me ask you a question. Do you (usually) wash your hands before a meal?”

Me: “Why do you wash your hands?  Does it make the food cook faster?”

Me: “Does it make the food taste better?”

Me: “Then why do you wash your hands before you eat.”

McAuley: “Because you tell us to.”

Me: “Why should you do it because I tell you to?”

McAuley: “Because you are Dad.”

Zayne: “And we should wash our hands because it is good to do. There are lots of germs on our hands, especially McAuley’s.  So washing can help keep us healthy.”

Me: “That’s right. You wash your hands before you eat, not because it cooks the food faster or makes the food taste better, but because I told you to and it’s good for you. In the same way reading the Bible, going to church and doing good things doesn’t make you right with God. We do those things because God tells us to, and it is good for us. We do what He says because He is God, and everything He tells us to do is for our good and His glory.”

Who knew good hygiene would be helpful in explaining theology? Now go wash your hands. 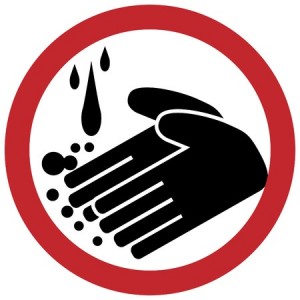 To make up for my lack of updates I have taken the liberty of posting a sermon I delivered at Life Church. In the sermon I cover Acts 4:32-5:11. Some of you may recognize this as the location of the Ananias & Sapphira story. I discuss what the issue that lead to their death (and it may not be what you were thinking) and how we fall into the exact same sin today. I apologize for any substandard illustrations, I was running on a few hours sleep.  I pray something in this message blesses you.  Enjoy.

Uproar is over and everyone had a blast. Goober returned with his version of the rules, and he brought a ‘friend’ to help him do it right.  I hope you enjoy.